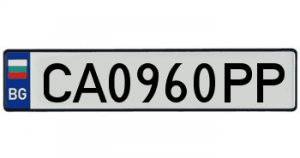 LPR can be used to store the images captured by the cameras as well as the text from the license plate. Systems commonly use infrared lighting to allow the camera to take the picture at any time of the day. LPR technology tends to be region-specific, owing to plate variation from place to place.

The software aspect of the system can runs on standard home computer hardware and can be linked to other applications or databases. It first uses a series of image manipulation techniques to detect, normalize and enhance the image of the number plate, and then optical character recognition (OCR) to extract the alphanumerics of the license plate.

LPR systems are generally deployed in one of two basic approaches:

When done at the lane site, the information captured of the plate alphanumeric, date-time, lane identification, and any other information required is completed in approximately 250 milliseconds. This information can easily be transmitted to a remote computer for further processing if necessary, or stored at the lane for later retrieval.

In the other arrangement, there are typically large numbers of PCs used in a server farm to handle high workloads. Often in such systems, there is a requirement to forward images to the remote server, and this can require larger bandwidth transmission media.

There are six primary algorithms that the software requires for identifying a license plate:

The complexity of each of these subsections of the program determines the accuracy of the system. During the third phase (normalization), some systems use edge detection techniques to increase the picture difference between the letters and the plate backing. A median filter may also be used to reduce the visual noise on the image.

There are a number of possible difficulties that the software must be able to cope with. These include:

While some of these problems can be corrected within the software, it is primarily left to the hardware side of the system to work out solutions to these difficulties. Increasing the height of the camera may avoid problems with objects (such as other vehicles) obscuring the plate but introduces and increases other problems, such as the adjusting for the increased skew of the plate.